There are some places you visit where you just feel good, like it’s a place to stay for a while, where things are right, somehow.  The little village of Kilbaha was one of those places for me.  Not only is it near Loop Head, which I had heard was a ‘must see’ if I wanted to enjoy amazing cliffs with birds and random beauty. 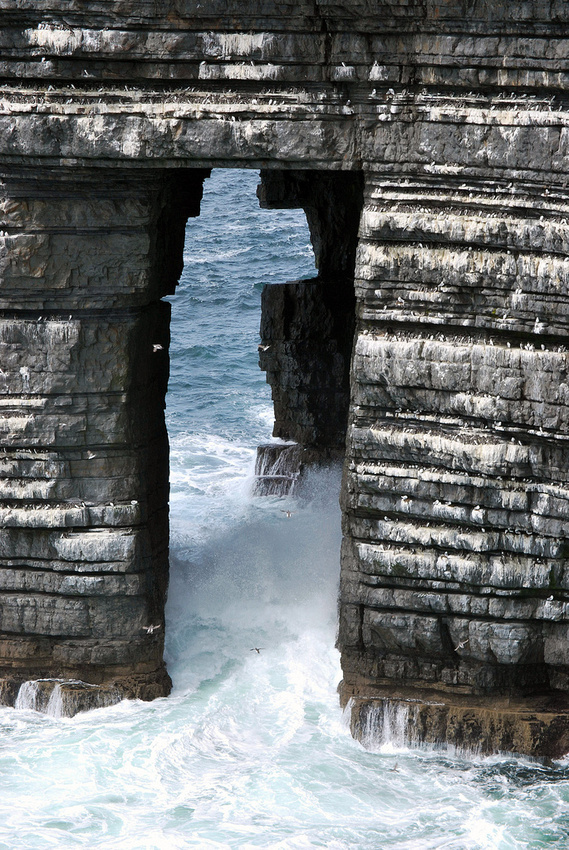 It’s also got one of the most comfortable places to stay I’ve ever experienced.  This was more a feeling I got from the welcome by strangers than plush accommodation.  I stayed at the Lighthouse Inn, which  fit my image of a traditional Irish Inn, a pub downstairs with rooms upstairs, but they were friendlier than one could imagine.

After a week on the road, I needed to do a bit of laundry.  Sheepishly I asked if I might pay to use their machines.  They wouldn’t hear of it – they just showed me the laundry room, out back from the pub, and told me to have at it.  Later, when I was asking about how to get out to the cliffs, one of the folks at the bar offered up the owner to drop me off at the Head, so I could enjoy the walk back.  She happily agreed, and so a plan was born.

This pub wasn’t just where salty fisherman types came for a pint after their day’s work, but it was really the living room for several families in town.   Each night there were families gathered for the evening – the parents drinking, eating, and watching sports on the television, while the kids played pool nearby.  The kids switched the channel to watch Disney’s Hanna Montana each night at 7pm.  Not my impression of a pub.  It was better.

The Inn is one of a few buildings that make up the village of Kilbaha .  (I love that the name of this little village sounds like kielbasa!) 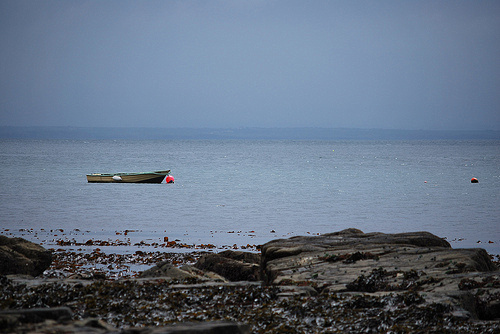 A dinghy moored in Kilbaha Cove

My room was directly over the entry to the pub.  It was directly across the street from the seawall at the edge of the Cove.  I could see the water from my bed and hear the fascinating sound of the rounded cobbles rolling over each other as the waves lapped across them. 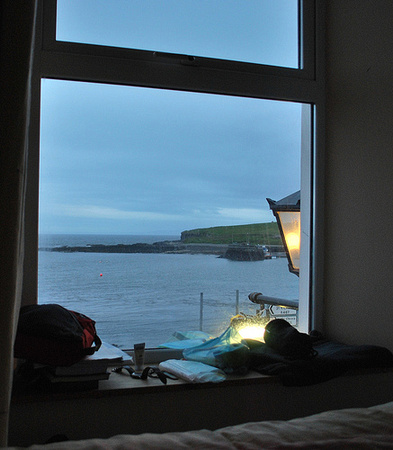 View from my room at the Lighthouse Inn

In the morning, the tide had gone out, revealing an amazing landscape of tidepools.    I explored these for hours before heading out to the end of Loop Head for my cliff walk. 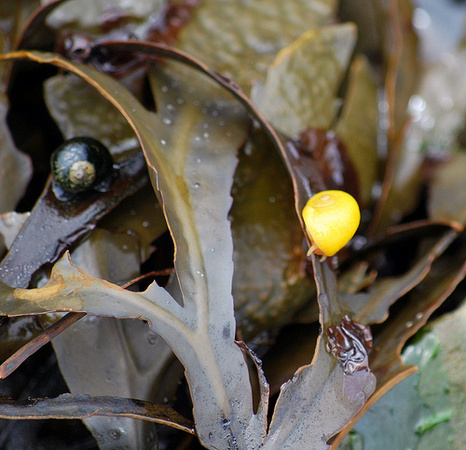 Snails in the tidepools of Kilbaha Cove

Loop Head itself was an amazing place to explore and photograph.  The birds, the geology, the sunset  – all were amazing, and so un-crowded (though admittedly I was there in late May before summer had kicked into full swing.)  As I walked the cliff line from the lighthouse along the northern side of the peninsula, I watched Kittiwakes by the hundreds gathering wads of mud and straw from a seep at the cliff’s edge then fly past me back to where I presume they were building their nests just off-shore of the lighthouse. 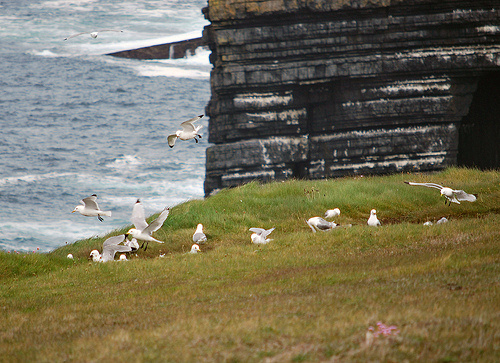 Kittiwakes gathering mud for their nests

Further down the coast, other birds were nesting in the cliff’s nooks, high above the crashing waves.   The waves were crashing so hard, that fluffs of sea foam blew up to the cliff tops like cotton candy. 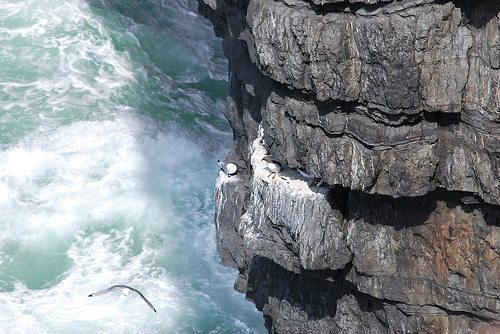 After a nice walk back to the Inn, and a fabulous bowl of steamed mussels and fresh bread for dinner, I returned to the lighthouse at the end of Loop Head to watch a spectacular sunset. 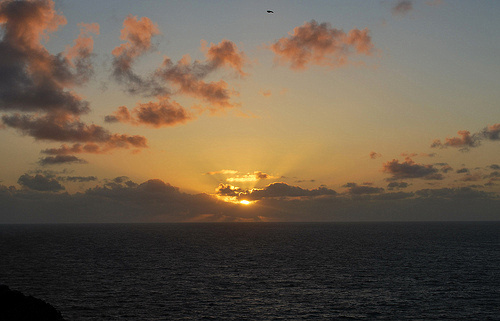 Sunset off the Loop Head Lighthouse

I was joined by a friendly Italian couple and one other photographer to watch the sun slide into the horizon.  The end of a perfect day.