“You’ll know it when you see it,” was what I’d heard.  And it was true.  From the train station in Otaru, I was on a mission to get to the canals in the old warehouse district, as that’s where I understood the floating globes with candles in them would be.  Certainly they would be a site to behold, and with my second mission being fresh sushi, I was anxious to get to the globes, to hasten my visit to a sushi bar.  (This was after all just an evening’s venture from Sapporo.  I had a train to catch home before too late.) The canal in Otaru, all lit up, with a cast of thousands appreciating it.

Of course, my Japanese is pretty minimal.  I didn’t even know how to apologize when my luggage fell over on the subway and knocked some poor guy in the knee, when I first got here.   (I’ve learned since then.)  So, I was going with what I’d read – heading for the canals.  But half way down the main street to the canals, a path cut off to the right, and with it the throngs of people who had left the train with me.    Indeed – I saw it.  I knew it.  I’d found it.   The light path. Fun with the camera...

(More after the jump…)

Deep in the dark of winter when the night’s are long, the snow drifts deep, and the days until spring seem too many, the folks in the town of Otaru have made lemonade from lemons.  Perhaps I should say they’ve made Lemon Drops, as what they’ve created is rather intoxicating.  Along this side street, or alley for all I could tell, dug into the piles of snow deeper in places than I am tall (not saying much – I know), the good folks of Otaru had planted… candles.  Hundreds and hundreds of candles. 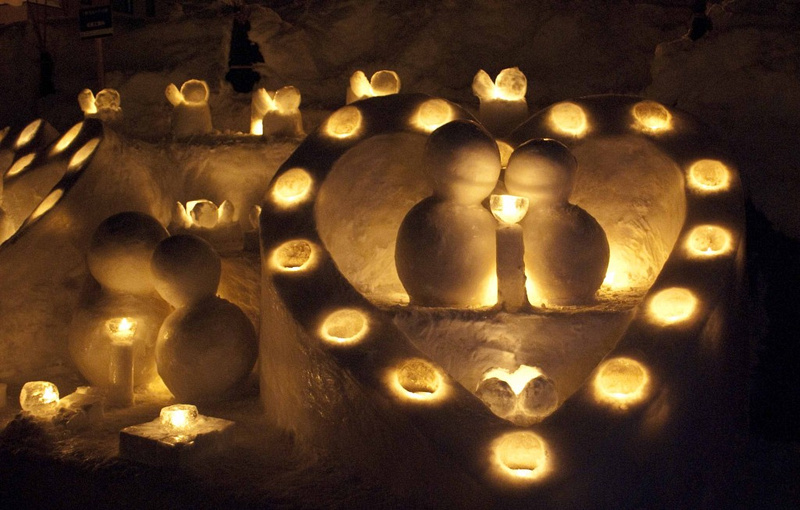 Of course, this is just before Valentine's Day. There were many nooks for folks to take couple's photos. 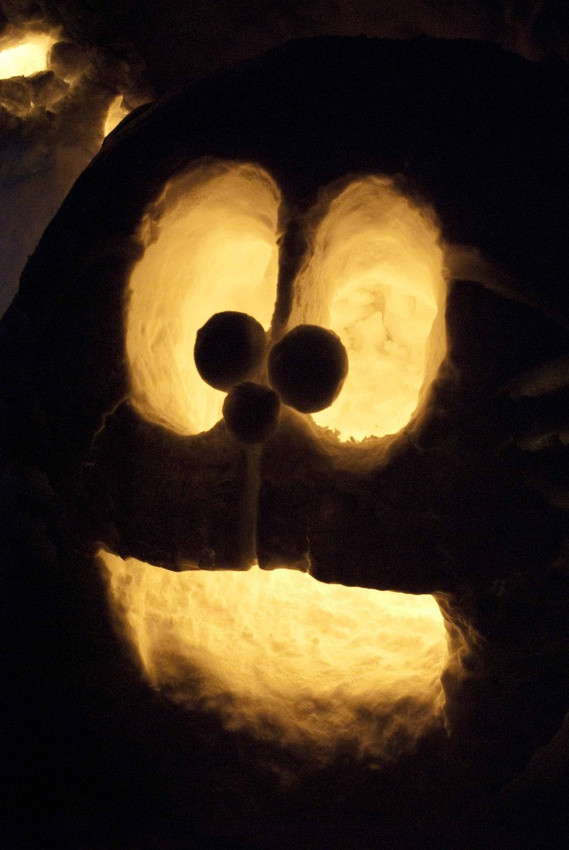 In the words of whoever said it, if you build it, they will come.  By the trainload people were coming to see the candles… 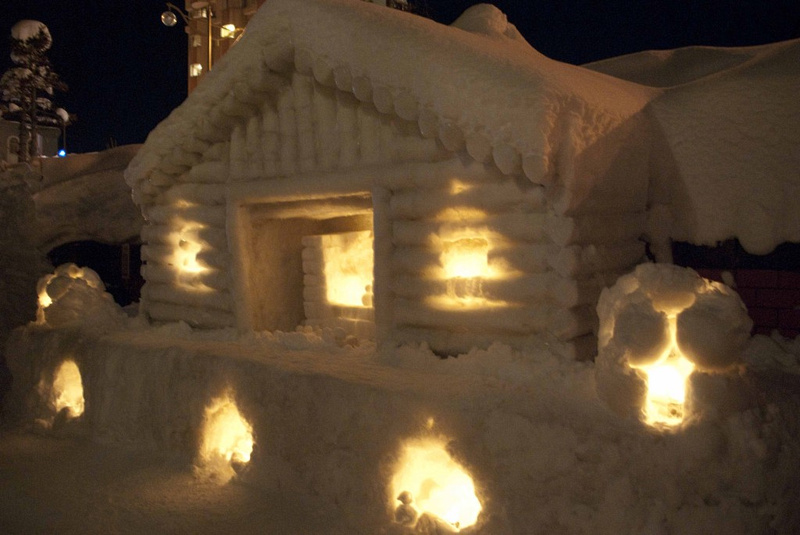 A little snow cabin, with a candlelight hearth. A gathering of snowfolk.

with displays for kids… and kids at heart… I think that this one might be my favorite from the entire journey. Sweet and simple.

with displays strung from the trees… A close up of one of the globe candles strung from a tree branch.

and simply laid out on the ground. 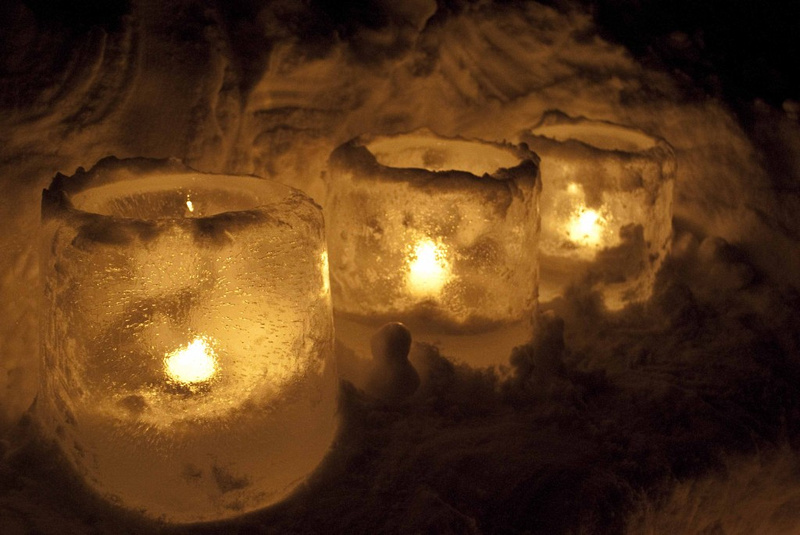 I loved these hollowed out ice lanterns. They were everywhere all over town, not just on this path.

It was hard not to smile as I came around each corner, curious to see what was next.  I was struck by two things while walking through this garden of light: the sights and sounds of joy from all the kids who were there with me exploring… Who hasn't ever wondered at seeing their own breath in the cold night air?

and the thought that creating this magical trek that inspired such joy was so easy, and a conscious choice on someone’s part.   I salute whoever that was.  It’s hard not to find a lesson in there somewhere. A child gazes into the candlelight. This was a row of candles at a midway point in the trail, which continued after a road crossing.

It was one of the members of the local Toastmasters group in Sapporo who had told me I’d know it when I saw it.  I just hadn’t realized what she meant at the time.   I’d been a guest at their club a few nights previously.  It was a speech contest night, so I got to hear several different folks share their thoughts – in English – that night.  (I’m so impressed with anyone who makes a point of giving speeches, let alone in a language not their first.) I heard about the decline of the ski industry, some thoughts on keeping one’s humanity in a world of technology, one take on the recent news of fight-fixing in the sumo wrestling world, and Sada San share her story on a recent night visit to Otaru, which inspired this evening’s activity.

Later I looked up what this lighting thing was called.  The first place I saw called it the Snow Gleaming Path.  That sounded a bit off to me, so I kept looking.  I then found it called the Otaru Snow Light Path.  I like it.

I find this name a bit prophetic, as I learned today that about the time I was touring this magical place, a good friend’s mother passed away.   A deeply religious woman and one who loved little kids, I’m pretty comfortable that Myra would have delighted in the kids squealing as they explored this winter wonderland.  I think she’d also appreciate the idea of a path of light.

So, this post is for all who have lost someone they love, in whatever way.  May we all find a path of light filled with the laughter of children along the way.

People wrote their wishes on paper cups, put candles in them, and left them along the way. Insert your wish here...